Pest Professional Of The Year 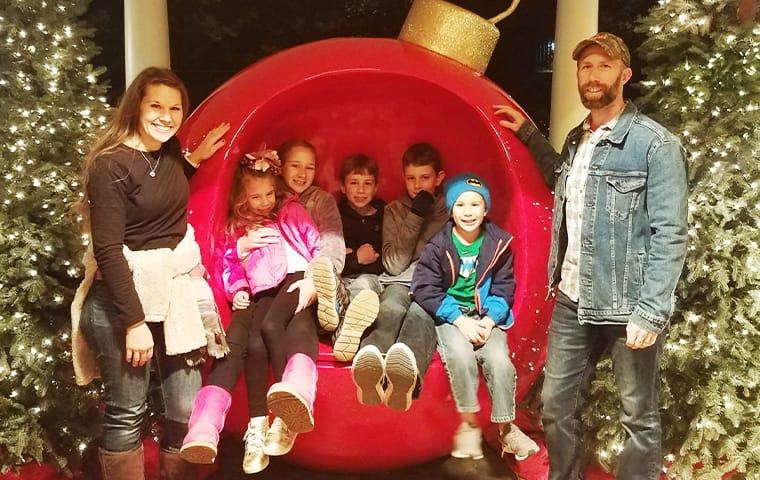 Five years ago, something pretty awesome happened—well, we think it was pretty awesome. In June of 2014, Marshall joined the All-American Pest Control team. In the last five years, he's made quite an impact. As we've been growing like crazy, he's been here every step of the way, helping to make things run as smoothly as possible. His dedication and clever ideas have earned him respect amongst his peers, and this has led them to vote him Pest Professional of the Year. We'd like to tell you a little about this man.

At work, Marshall is currently in the role of Service Support Hero, but is transitioning into a Service Manager position over the next year. In his role as Service Support Hero, his coworkers say that he is always happy to help and gives great feedback. This positivity is likely why they voted Marshall Pest Professional of the Year. A positive and helpful attitude can make a big difference, especially on days when things aren't going quite the way they should be. His coworkers also point to his work on universal setup in the vans as a reason he is such a valuable asset to the team. He has made a huge difference in how long it takes to swap into vans and have them serviced, which has made the process of locating what is needed to do a good job simple and more intuitive. We're sure he will take this positive attitude and dedication to streamlining the processes that make our team effective into his role as Service Manager.

When Marshall isn't at work, he is at home with his wife Julie and his five children. Life is pretty busy with Julie homeschooling the kids, the boys doing karate and music, and the girls doing art projects. On top of this, Marshall serves at his church as bass guitarist. This is a role he has been faithfully filling for over 20 years. It isn't surprising that church and family are high on his list of priorities. Marshall is someone who is all about putting others first.

What Does Being Pest Professional of the Year Mean to Marshall?

"It really means a lot," says Marshall. "Everyone that works here votes for the winner. It shows that all my hard work is impacting others and not going unnoticed. It is very rewarding to hear that kind of personal feedback from others."

We're sure that in the upcoming year, Marshall will continue to be a source of positivity and helpfulness to his team as he steps into the role of Service Manager. We look forward to seeing all of the ways he will help to make our service team run more efficiently so that we can provide the best possible service for our customers. At the end of the day, that's what it's all about. Congratulations, Marshall, on a job well done!