Most Common Fall Pests In Tennessee 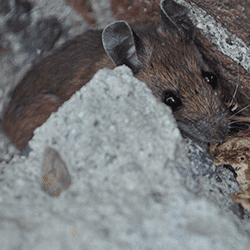 When the summer season officially comes to a close and the cooler fall weather begins to finally roll in, many homeowners breathe a sigh of relief thinking that they are done with the never-ending battle against pests; that they can finally walk outside and not be bombarded by pests like wasps, flies, and ants. The professionals at All-American Pest Control don’t want to burst your bubble, but we do want to let you know that the battle against pests it isn’t over; that pests remain active. In fact, fall is the time of year when many pest species are at their highest numbers and have a lot of pep left in their step as they continue mating, feeding, and trying to secure a warm safe place to overwinter in.

At All-American Pest Control we want to provide you with the information you need about the 5 most common fall pests and how you can protect your home's borders from being breached by these annoying and sometimes dangerous fall pests!

Asian lady beetles or “Halloween beetles” as they are commonly referred to range in color from yellow and orange to black. Some may not have any black spots while others may have many. They have a domed shaped appearance and a distinctive “w” marking on the base of their head. Asian lady beetles aren’t dangerous to people, but do invade homes in very large numbers in the fall, attracted by its sunny warm exterior, and can become a huge nuisance for homeowners to deal with. Asian lady beetles do pose a danger to fruit crops; feeding on the ripened fruit and damaging it.

Stink bugs or “shield bugs” have a distinctive triangular shaped plate on their back, these bugs are almost as wide as they are long and grow to be about 3/4 of an inch in length. Stink bugs are typically brown and black in color, but may have some metallic markings on and around their head. They have small glands on their thorax that emits a very, and we mean very, foul smell when they are threatened or squished. They are an agricultural pest that can cause extensive damage to farm crops. Stink bugs are not dangerous to people, but having them live in your home, could become a very smelly problem.

A very common misconception is that mosquitoes “go away” as soon as summer ends and fall begins. As much as we would like this to be true, it simply isn’t. Mosquitoes, with their slim body and long dangly legs remain a force to be reckoned with well into the fall season. During the fall season, mosquitoes are active and still causing red itchy welts on people and animals as a result of the female biting and feeding on their victim’s blood. Through the feeding process, females are able to spread serious diseases like the West Nile virus, encephalitis, and many others to both people and pets.

Boxelder bugs are black in color and have very distinctive red markings found along the edges of its wings. Boxelder bugs are named after their main food source the boxelder tree, but these sap-sucking bugs will also happily feed on other seed-bearing trees and plants as well. They are not a danger to people, but having them invade your home in large numbers can be a huge annoyance. Boxelder bugs invasions can also cause curtains, upholstered furniture, and walls to be discolored by their feces as they travel over them.

If you asked somebody on the street to name a type of fall pest, the number one response would probably be rodents! This is because it is fairly well-known that in the late fall, mice and other rodents try their best to find a home or other buildings to take up residence over the winter months. Inside of a house, rodents know that they will find safe warm shelter, easy access to food, and sources of water. The problem with overwintering rodents is that they are terrible houseguests; they introduce serious diseases and bacteria, destroy personal items, and can cause significant damage to a home’s structure because of their constant need to chew.