Are Lady Bugs In Brentwood Dangerous? 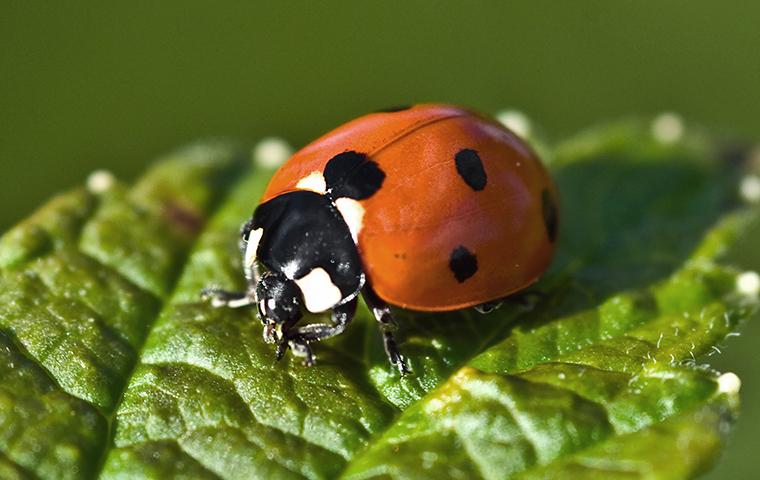 If there’s one insect that’s easy to recognize, it’s probably the ladybug, also called ladybird beetles or lady beetles. These bugs have small, round, and spotted bodies and their coloring can range from bright red to yellow. Some ladybugs may even have solid black bodies.

Most of the time, ladybugs do more good than harm. A big part of their diet includes aphids and other crop-eating insects, so if they’re in your backyard, ladybugs can play a large role in protecting the health of your garden.

As beneficial as they are, that doesn’t mean you want ladybugs in your home. Here’s what Brentwood homeowners should know about the dangers associated with ladybug infestations, what they can do to your property, and what to do if you’ve already got a ladybug problem around your property.

Are Ladybugs Dangerous And Do They Bite?

As far as pests go, ladybugs aren’t dangerous – but if they feel threatened or cornered by humans, they can bite. While their bite isn’t harmful or lethal, it can be painful when it happens and leave redness or swelling behind. And, like any pest, there may be a small percentage of people who have allergic reactions to ladybugs or their bites.

However, the biggest problem with ladybugs is just how difficult they are to control. Not only can they slip through the tiniest cracks in your foundation, but they’ll also invade your home in large numbers. These pests release a pheromone that attracts other ladybugs to the same spot and leaves them coming back year after year.

Even if you’re able to get rid of the current infestation, new ladybugs may be drawn to the lingering pheromone and continue to invade your property.

What Problems Can Ladybugs Cause Around Your Brentwood Property?

As mentioned, one of the biggest problems that ladybugs cause has to do with their numbers. You may wipe out the current population of ladybugs in your home, but if enough pheromones have been released, you’ll have future generations coming back for years. These pheromones act as a “stain” on your property.

Unfortunately, ladybugs aren’t always easy to prevent either – they’re naturally attracted to the warmth and shelter that a house provides, regardless of whether you’ve done anything to attract them.

How To Deal With Ladybugs In Brentwood, TN

Once they’ve made it inside your home, getting rid of ladybugs on your own is almost impossible. Not only is it challenging to eliminate the current infestation, but it’s often much trickier for homeowners to deal with the lingering pheromones too. Rather than waste time on ineffective traps or sprays, the most reliable (and effective) way to deal with ladybugs is by contacting the professionals at All-American Pest Control.

We’ve been servicing Brentwood and surrounding areas since 1961, and we’re the trusted pest management service for Tennessee’s most stubborn pests – including ladybugs. If you’ve been dealing with one too many ladybugs around your Brentwood property, there’s no reason to wait any longer. Contact us at All-American Pest Control today for more information about our reliable and time-tested ladybug control services.