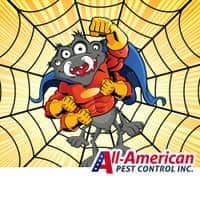 That is a big question, isn't it? But, contrary to what you've heard, radioactive spiders that bite you don't give you superpowers. I realize that may be a lot to digest, because you've put quite a few hopes and dreams into that notion. But it's true. You're probably going to get real sick from that bite. Maybe even die. As a general rule, if any creature that has been exposed to radiations bites you, it's never good. What's that you say? You mean: Are they good because spiders eat flying insects like mosquitoes, gnats and flies? Oh. Yeah. They're good for that.

In an ecosystem, spiders do have a fairly important job. You may not know this, but the common house spider is able to take down the deadliest animal in the entire world. I'm not kidding. This is serious stuff. You might not think that a spider has that kind of moxie, but I'm here to tell you, it does.

Now, before your imagination goes where I know it's going, I want to stop you right there. The whole, "Daddy long legs have the deadliest poison in the world, it just can't bite you" thing... Yeah. That's a myth. It's true. But it's still a myth. And, that is important to delineate here. It doesn't take down the most dangerous animal in the world by getting itself eaten. That would just be lame. When I say, "It can take down the deadliest animal in the entire world," I'm talking about full body take down. It is quite spectacular to behold, actually.

What happens is the world's deadliest animal flies in through the window looking for blood--because that's what it eats--and makes its way through the house. It buzzes its way into the living room and buzzes its way back into the kitchen. The entire time, it is unaware that it is being watched. This is where the dramatic music would start playing if this were a movie. Can you feel the tension? It's almost palpable. Whatever that word means. Then, unaware of the common house spider's presence, the most dangerous animal in the world hits something sticky. It feels like wires of iron covered in that sticky stuff that makes duct tape so awesome. And, that is when the spider pounces! With a few quick wraps of its web, the common house spider subdues its prey for an after dinner snack.

Pretty amazing, huh? Oh. It is probably important to point out that the deadliest animal in the world is a mosquito. Don't look at me like that. Take it up with Bill Gates. It is his foundation that is funding the study of mosquitoes and malaria.

Anyway. The point is. Spiders are great at killing mosquitoes, but they can't protect your family from every mosquito--or the dangers they can pose to your family. Call a professional pest control company to protect your home from dangerous insects. Don't trust the spiders to do it for you.

I am very pleased with my service. My technician is very friendly, thorough and takes the time to explain the service along with what to expect. Thank you!