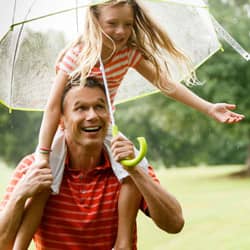 Everyone knows that the saying usually goes, “April showers bring May flowers,” but did you know that they can also bring excess moisture and flooding which increases the presence of many pests. The most destructive of these is the termite.

Here in Tennessee, we battle the Eastern subterranean termite. This is the most common and widely distributed termite in the United States. They range from southern Ontario down the eastern states and even west into Texas. Each year it is estimated that termites and similar pests cause an estimated $30 billion in damage to crops and man-made structures in the US. Out of the $30 billion it is estimated that $5 billion is attributed to termites. That’s a lot of hard earned cash! - Especially when it only takes a little bit of prevention to control these destroyers.

The termite’s main dietary staple is cellulose. Cellulose is found in every cell of every plant. It is the most abundant organic compound on earth. Termites eat it from every plant, but they prefer wet, moist or water-damaged wood for their source of cellulose.

What this means for you as a home or business owner is that wood is on the menu for termites when they come to visit. And, if they find enough moist, wet or water damaged wood they just might start a new colony and stay for a long time eating up all the yummy wet wood that the structure of your home is made of, or maybe it’ll be that beautiful wooden playground that you had put in for the kids. That’s also a perfect buffet for them. Even that beautiful wooden Adirondack outdoor furniture set isn’t safe.

How do you know if you have an issue with termites?

Termites leave a few clues behind:

If you have any of these signs then April showers may be bringing you termites instead of flowers. Your next and best move is to contact the experts here at All-American Pest Control. We utilize the industry leading Sentricon® Termite Colony Elimination System to detect, eliminate, and control termites. Contact us today to schedule your free evaluation and leave the rest up to us!